Is Feminism the new Patriarchy? 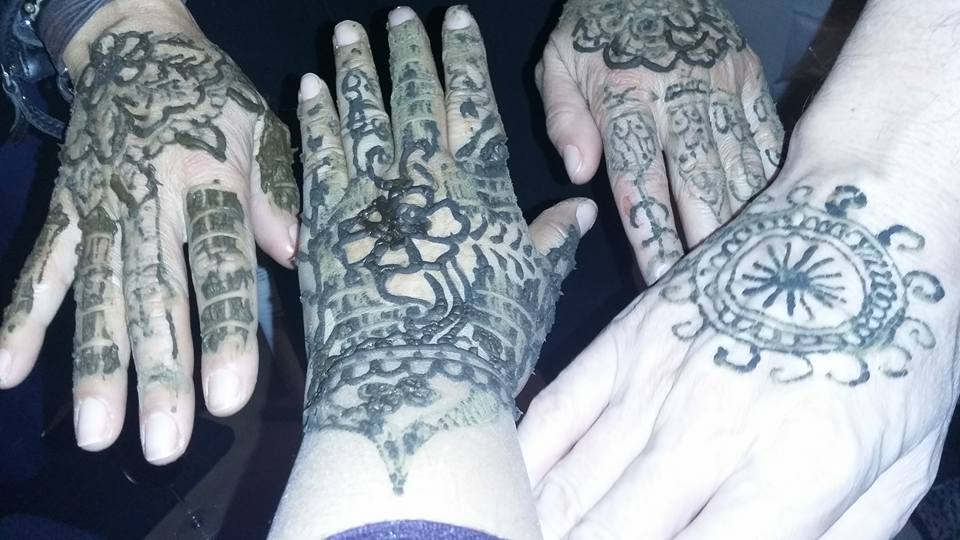 Assuming that all women MUST toe the line of their confused notion of gender equality?

A few weeks ago during the karwa chauth week, my face book wall was a confused space. While half the women on my friends list were posting elaborate pictures of themselves, decked as brides adorning mehndi and peeping through sieves at the husbands, the other half was full of scathing acerbic about how regressive and demeaning to women a festival like karwa chauth is.

For those not in the know, karwa chauth is a widely practised festivity in northern India. Karwa means pot and chauth means fourth- i.e.  On the fourth day of the dark-fortnight, of the month of Kartik. The etymology & history behind the origins of this festival is vast & varied, ranging from women  praying for men who went off to war, to celebrating the ending of the harvest season , to attempt to forge bonds with the women folk in their in laws homes. It’s of course pre dominantly a Punjabi thing, Rajasthani too I assume, going by Sooraj Barjatya’s obsession with it. Me growing up in a very South Indian home had no idea about the festival at all –until I watched Hum Aapke hai kaun and Dilwale dulhaniya le jayenge.

Sooraj Barjatya and Aditya Copra did for karwa chauth what Hallmark & Archies cards did to Valentines Day. Took it from obscurity to mandatory. Business increased hundred fold for all, not just for the Barjatya’s and Chopra’s. Everybody was laughing their way to the bank. The henna artists, the Indian saree designer, the mithai wala, the sherwani tailor, the chalni or sieve maker, the bangle seller and a host of other folk. Everybody was having so much fun- me too.

Yes it is fun.  I’ve done the mehndi ritual a few times myself- the fast too severe for me. I know a sweet lady who used to take a sleeping pill early in the morning of the karwa chauth day, and wake up in time for the moon to emerge. When I asked her why she kept karwa chauth in that case that she had to drug herself to go through the day, she smiled kindly. Its fun – is all she said. I know many husbands who fast alongside their wives

Down south we have something called the Var Laxmi puja which my mother performs every year piously. Unlike karwa chauth which falls nine days before Diwali, Varalaxmi pooja falls on the Friday before full moon Poornima in the month of Sravana or Saawan, in the months of July–August. No fan fare & dancing to film songs though during a Var Laxmi puja- it’s a quiet affair. A traditional tamboolam or kalash on which is placed a coconut. Rangoli at the door step, Vibhuti or holy ash on the neck, kunkuman or sindoor on the forehead and a quiet recital of prayers. For the well being of the husband and the entire family. Other married women are invited home & offered   tamboolam of betel leaves, betel nut, lime & coconut and partake the arati. Sometimes they are given a blouse piece. The water from the kalash is sprinkled over the house. No extravagance, no fuss, no running out to buy didi tera dewar deewana purple sarees and no shimmying of hour glass hips and shiny low cut cholis. Women sing *Laxmi raa ve maa intiki * inviting Goddess Laxmi home and everybody quietly goes home. I have never overheard any discussion or argument on this being a regressive affair, even the most progressive & successful career women perform it.

So this year too on karwa chauth while some fasting and hungry women asked when the moon will be spotted so they could break their fast, others tried to remind them that it is 2017 and such slavery to tradition and their men folk was an insult to all women.  Feminists ranted about how karwa chauth denoted servitude and full blown patriarchy and it got me thinking about this whole feminist thing again.

I have been called a feminist many times in my life. But I have quickly declined the title & refused the demotion.  Because to me a feminist is one who is fighting for equality. Whereas for me equality is a given – there is nothing to fight about.

So dear feminist. Why are you always angry? With all the men in the world and all the women who are happy being women? Why are you always trying to tell  women that they need to grow a moustache and be aggressors?  How does following tradition make you servile? What is wrong in following a ritual /tradition if it makes you happy?

What is wrong in a woman trying to put a smile on her husband’s face, offering prayers for the welfare of her family and taking pride in adornment? Don’t men do the same for women albeit in different ways? Why is this feminist brigade so hell bent on confusing equality with sameness?  Why should a woman turn into a man to prove that she is not servile? Why confuse equal wage & equal opportunity with tradition & sentiment? Why not give the womb the respect it deserves & stop your male bashing for a change? Try and understand that the greatest freedom a woman has is her freedom to choose. Condemning a woman’s choice because it differs from yours makes you a bigger bully than the patriarchy you are so rabidly opposing.

So dear feminist, sit back take a deep breath & relax. Instead of cursing so hard that it’s a man’s world & trying to turn into one yourself, how about you try being a woman in it instead. It’s a beautiful thing trust me- learn to enjoy it